Shah Waliullah muhaddith dehalvi [rh] writes in his book ‘Al Intibah fi Salasil ul Auliaullah’ that he received the ijaza [permission] in Sattariya silsila [tariqa i.e, Sufi silsila] He gives the chain of this ijaza contaning names of different scholar including Ghaus Gwaliari who was the chief of Sattariya silsila in India.

Shah Waliullah writes that through this chain he received the’Aurad and wazaif ‘ of Sattariya silsila which includes Dua e saifi and Jawahir Khamsa.

Dua e saifi is a supplication which is taught to mureed by a shaykh who has ijaza to recite and teach this dua. The last part of Dua e saifi consists of Nad e ali which has words like “ Ya Ali , Ya Ali , Ya Abu Turab”.

Do wahabis need more clear evidence for Istighatha? Wahabis should now stop projecting Shah Waliullah as ‘ [pseudo] salafi. And if they agree to his aqida then wahabis should stop calling muslims as mushrik .

Let the wahabis take a note of this and declare their wahabi ruling on Istighatha upon Shah Waliullah.

So it is clear that Shah waliullah and his shaykhs recited dua containing ISTIGHATA words.

Also note , that Shah waliullah writes in his book Anfasul Aarifeen that his father ( who was also his shaykh), Shah Abdur Raheem [ Rh] not only used to celebrate mawlid every year but also did “niyaz” on food on that occasion.

In the same book Shah Waliullah (rh) writes that his father shah Abdur Raheem went to his teachers grave and recited Quran. After he recited a part of a sura from quran , a voice came from a different grave saying” that is not my grave. But complete your recitation and then come here”.

So Shah Abdur raheem recited quran on both the graves one after the other.

Jawahir Khamsa is a collection of many dua (supplication) which is recited by the sufi shaykh of almost all tariqa in subcontinent.

Jawahir Khamsa was compiled by Shaykh Ghaus Gwaliri. He wrote the foot notes and remarks to each dua in Persian language.

It was translated into Urdu by many people . The urdu translation of Mirza baig Naqshbandi is the most famous one.

One such dua in jawahir khamsa is ‘Dua e saifi”. There are many rules and conditions for reciting Dua e saifi and one such rule is to recite NADE ALI before reciting dua e saifi.

See the scans for this condition

So any one who recites dua e saifi , first recitec nade e ali.

Any one who gets ijaza to recite complete jawahir khamsa gets permission to automatically recite nad e ali , as nad e ali is one of the dua ( supplication) included in jawahir khamsa.

Scan from jawahir khamsa showing nade  ali is included in it.

Also note ,another dua ( supplication ) which is called “dua e haidari “is an important dua
( supplication) of Chisti-sabri tariqa . As per sufi shaykh of chisti –sabri tariqa , this dua was taught to the great wali of Allah Shaykh Al Alam Abdul haq rudaulwi ( radiallauhu ta’ala). . He died in 836 AH. May Allah bless the grave of this wali with the noor of His beloved ( sal allahu alayhi wa sallam) . Ameen

This dua is a special dua of Chisti-sabri tariqa . But sufi shaykh of other tariqa also recite it.

As per senior sufi shaykhs this dua should not be recited by normal people.

See the scan from ‘ Anwarul uyoon” which is malfuzat of Shaykh Shaykh Al Alam Abdul haq rudauli ( radiallauhu ta’ala)..
This is a rare book
See Dua e haidari from this book. 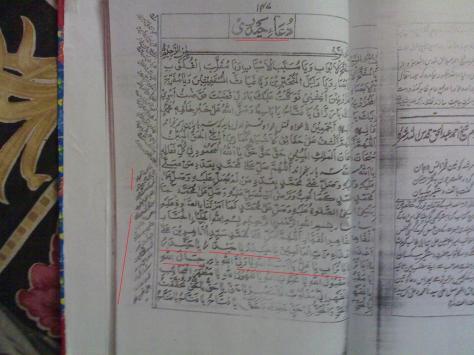 In the second part he has mentioned his chain in hadith and fiqh.

Shaykh Abu Tahir kurdi al makki was not a shia nor was Shah waliullah muhaddith dehalvi.You can check names of other scholars in the scan who used to recite this.

All of them were sunni scholars.

Nade Ali has words like ‘ Ya Ali”. When a sunni uses these type of Istighatha words he does not think Ali (rd) or Shaykh Abdul Qadir gilani (rh) [ Faisala Haft masla] or Shaykh Zarooq (rh) [ Busta al muhadditheen] or Sayyid Ahmad bin Alwan (rh) [ Raddul Muhtar] can help them directly.

Shias have different sects and few of them place Hussein (rd) above Ali (rd) . Others think Ali (rd) is higher than prophet. They place their complete trust in Ali (rd).

Question: As per a hadith if some one is alone in forest and he has fear of Lion ,then one should say YA DANIYAL (alayhis salam)help me. Is this permissible or not ? If this type of Istighata is permissble then will it constitute shirk?

Answer ( By Shaykh Gangohi) :IF this narration is correct then this means Allah has placed this effect in the name of Daniyal alayhis salam.

There is plenty of article on sunni understanding of Istighata already posted on main marifah website as well as forum. Those interested can read.

This practice of Istighatha by great scholars is a clear proof that it was never called shirk before Ibn Abd al wahab najdi al tamimi started his wahabi movement. 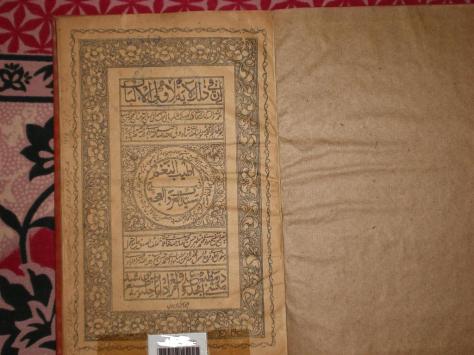 “ the one from whom we have hope”

After writing this , he writes in the commentary

“ there are many matters in which to seek help from the blessed soul of prophet ( sal allahu alayhi wa sallam ) is necessary. 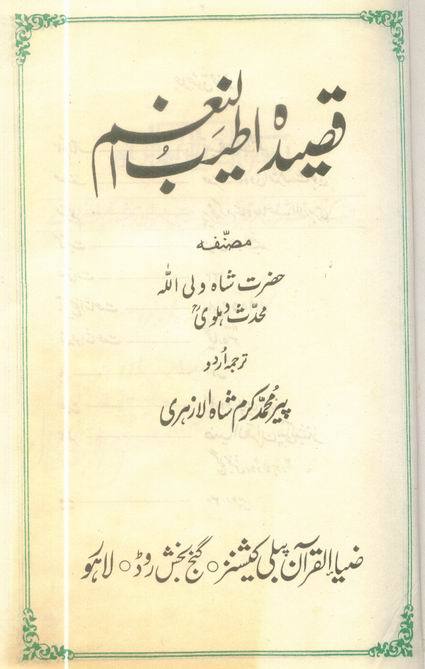