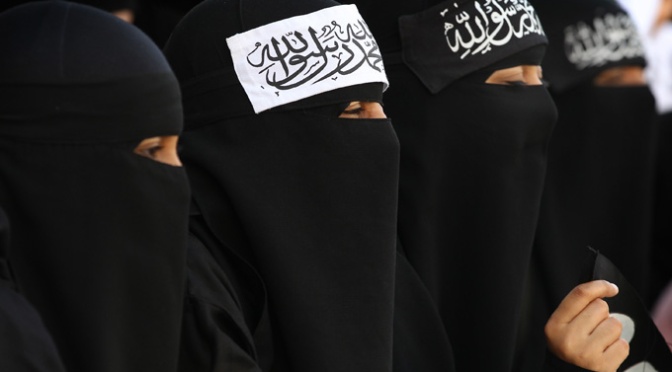 Hafsa bint Omar bin al-Khattab hailed from the Quraish tribe of Adi. She was the daughter of the Noble Prophet’s eminent and very close companion, Omar bin al-Khattab. Her mother was Zainab bint Modhoon, who was a highly esteemed female companion of the Noble Prophet. She was born five years before the granting of the unique honour of Prophethood on our Noble Prophet. Othman bin Madhoon, a companion of a lofty status, was a maternal uncle of Hafsa and Abdullah bin Omar who was her real brother, was a great scholar of Islamic Jurisprudence.

Her first marriage was to Khunais bin Hudhaifah bin Adi, who was from the tribe of Banu Sahm. He had embraced Islam during the initial days of the dissemination of the Divine message by Allah’s Prophet. Hafsa had also accepted Islam along with her husband. Khunais emigrated to Ethiopia in the 6th year of the Prophethood. A few years before the actual migration of the Prophet to Madinah, he returned to Makkah and then taking Hafsa with him, also migrated to Madinah.

Khunais was a brave soldier of Islam. In the 2nd year of Hijra, he fought gallantly in the battle of Bader. Then in the 3rd year of Hijra in the Battle of Ohud, he fought against the enemies of Islam, with exceptional courage and chivalry. But he received several wounds in the course of the Battle. He was taken to Madinah in that condition and even after treatment, he did not recover and finally succumbed to his wounds. Hafsa thus was widowed.

When Hafsa completed her waiting period, her great father, Omar bin al-Khattab started thinking about her marriage. One day in privacy, the Prophet made a mention about Hafsa to his companion Abu Baker. Omar, not having the faintest idea about this, asked Abu Baker to marry his daughter. Abu Baker kept quiet. This disappointed Omar, who then went to Othman, who had recently lost his wife Ruqaiyah (daughter of the Prophet). Othman answered that he did not want to marry at that time. Then Omar went to the Prophet and narrated to him the whole situation. The Prophet replied: ‘Why not marry Hafsa to someone who is better than both Abu Baker and Othman?”

After that, the Prophet himself married Hafsa and Umm Kulthum was given in marriage to Othman.

Bukhari narrated that once the Noble Prophet stayed for a longer time than usual witht Zainab bint Jahsh. The Prophet was partaking of some honey which was presented to Zainab by someone. Ayesha felt envious at this. As she was friendly with Hafsa, she asked her that when the Prophet visits her, she should ask him if he had eaten the honey of Maghafir.

This was a sufficient indication. Maghafir is a kind of flower whose nectar sucked by honey-bee, and has slightly bad smell, the idea was to suggest to him that this bad smell came from his mouth because of his taking that particular honey. Hafsa did as she was told by Aysha. The Prophet was greatly shocked because such an odour should come out from his mouth, and said: “I will never eat honey again.”

At this, Allah revealed the verse saying: “O Prophet! Why hold you forbidden that which Allah had made lawful to you. You seek to please your consorts? Allah is Oft Forgiving. Most merciful.” (Qur’an, 66:1) 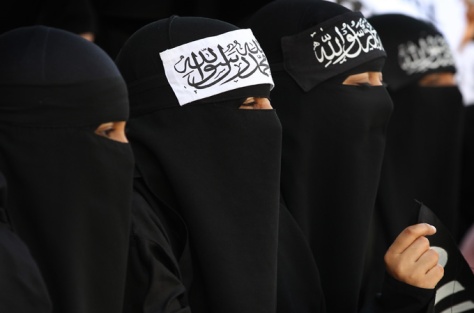 We learn from Sahih Bukhari, that Hafsa was a bit short-tempered and sometimes would even answer the Prophet back. One day, her father, Omar bin al-Khattab, who had come to know this, went to her and asked: “I have heard that you talk to the Noble Prophet as if you were on an equal footing with him. Is it true.” Hafsa replied: “Of course! I do”.

Omar said: “My daughter, I warn you of Allah’s punishment. Don’t compete with Ayesha, who is proud of her beauty due to the Prophet’s love for her.”

Hafsa would never hesitate in asking the Noble Prophet questions on any topic or problem. Once the Prophet said: “the companions of Badr and Hudaibiyyah will not enter the Hell.”

Hafsa quickly said: “O Prophet! Allah says that everyone of you will go to hell.”

The Prophet answered her: “Yes! But Allah also says in Surah Maryam: “But, We shall save those who guarded against evil, and we shall leave the wrong-doers therein (humbled) to their knees.” (Que’an 19:72)

Despited her bold and witty nature. Hafsa was an extremely God-fearing lady and would spend most of her time in prayers. Hafiz Ibn Abdul Bar in Al-Istia’ab has narrated a tradition in her praise that once Archangel Gabriel said to the Prophet about Hafsa: “She is a devout worshiper and greatly fond of fasting. She is your wife in the Paradise too.”

The Prophet made a very special arrangement for her education. In the Musnad of Ahmed it is reported that, according to the Prophet’s instructions, Shifa bint Abdullah Adwiyah taught her the art of writing. Imam Ahmed further says that Shifa also taught her the antidote for the ant’s bite. All the biographers report that the Prophet after getting all the handwritten portions of the Qur’an compiled, kept a copy with Hafsa. Those portions remained all her life with her. This was a great honour accorded to her by the Noble Prophet (peace be upon him).

She was mortally afraid of the menace of Dajjal (Antichrist). There is a narration in Sahih Muslim that there was a man named Ibn Sayyad in Madinah. Certain signs of Dajjal were found in him. Once he bumped into Hafsa’s brother Abdullah bin Omar. He expressed his revulsion over some of his actions. Ibn Sayyad stood in his way, whereupon Abdullah gave him a sound beating. When Hafsa learnt about this indicate, she said to her brother: “Why do you quarrel with him. Don’t you know the Prophet’s saying that the main factor for his appearance would be his (dajjal’s ) anger.”

Hafsa died in Madinah, in the 45th year of Hijra. The then-Governor of Madinah, Marwan led her funeral prayers and shouldered her coffin for some distance. Abu Huraira lowered the coffin into the grave. Then Hafsa’s brother; Abdullah Bin Omar and her nephews laid her to rest in her grave.

Before her death, she made a will to Abdullah bin Omar that her property at Gahba should be donated in charity. Hafsa had no children from the Prophet.

Hafsa occupies a high position in so far as scholarship and piety are concerned. She has 60 sayings of the Noble Prophet to her credit. Out of these, four are agreed upon, six are in Sahih Muslim and the remaining are in the other books of traditions.