Rasool Allah alehisalam is Noor (From Quran and Sunnah)

The aqida (belief) of the Ahlu Sunnat Wa Jama’at is that the Prophet (alehisalam) is Noor (Light) and came to us in the form of a man. Even though he came towards us in a human form, he is “Afdalul Bashr” (The Most superior human).

It should be noted that originality does not change by the changing of a garb. Hazrat Jibra’eel Ameen (alehisalam) is Noor but when appeared before Hazrat Maryam he would appear to her in the form of human.

“So there she screened herself from them; We therefore sent Our Spirit towards her “ he appeared before her in the form of a healthy man. (Angel Jibreel “ peace be upon him.)” 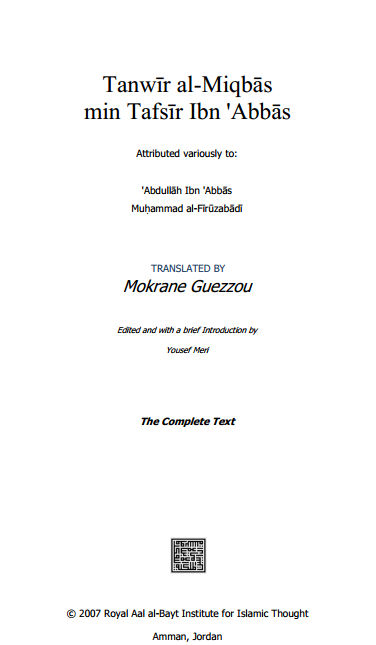 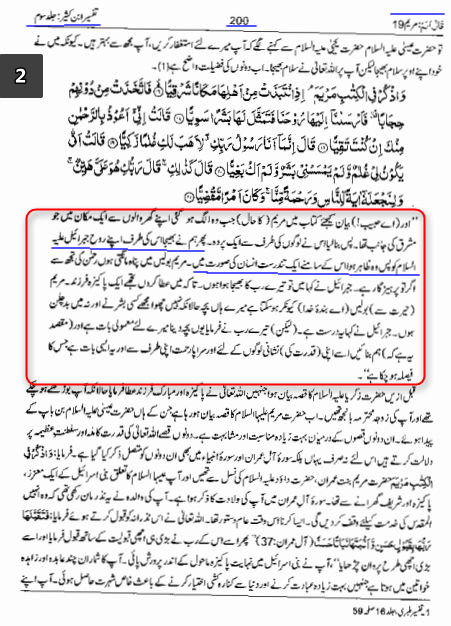 It is in Mishkaat shareef on the authority of Second Caliph of Islam Hazrat Umar (rd). He states:

“Once we were in the Holy Court of the Prophet alehisalam and a man appeared.” 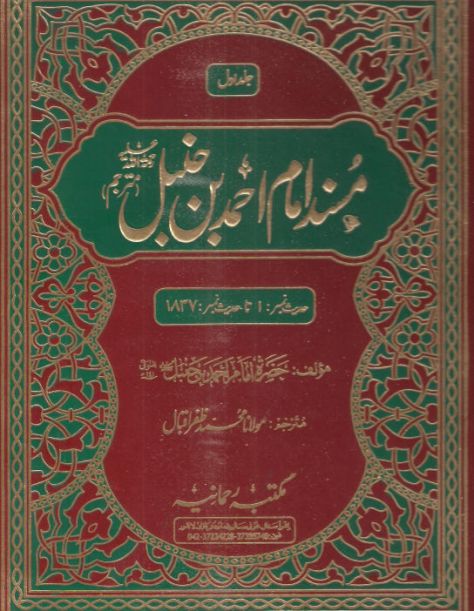 It is a well known fact to the people of knowledge that in the Hadith it has been narrated on numerous occassions about how Hz. Jibraeel alehisalam presented himself in the Holy Court of Holy Prophet Muhammad alehisalatowasalam as a human.

The Holy Prophet alehisalam has stated:

“O Prophet of Allah, my parents be sacrificed upon you. what is the first thing which ALmighty Allah created before everything else?

Now let us examine the Aqida (belief) of the Glorious Sahaba-e-Kiraam (companions of the Prophet alehisalam) who are beacons of guidance for the Ummah.

Renowned Muhaditheen of the Ummate Muhammadi alehisalam, Allama Muhadith Baihiqi and Hazrat Allama Yusuf Nabhaani have explained the belief of Hazrat Abu Bakar Siddique (rd) from one of his stanzas in praise of the Holy Prophet alehisalam:

“Muhammad Musatafa (alehisalam) is the Honest and is the One who invites towards righteousness; His Bright Light takes away darkness and destroys it like the radiance of the full Moon.” (Dalail un- Nabuwat P 225 . Vol 1 / Jawahirul Bihar P.96 Vol 1)

“When the Beloved of Allah used to speak then Noor (Light) could be seen beaming from between his blessed teeth.” (Mawahib Laduniya P.270 Vol1/  Anwarul Muhammadiya P 132/ Zarqaani Sharif)

After gaining victory and success in Ghazwa e Tabook, when RasoolAllah  alehisalam arrived in madinatul Munawwara, Hazrat Abbas (rd) asked for permission fromt he Prophet alehisala to present a few stanzas in his praise. Mercy unto the Worlds, the Holy Prophet alehisalam said, “My dear Uncle! Go ahead. Let Almighty Allah keep your tongue in good health (One worthy of praising).”

Two of these stanzas are being noted below. These have been recorded in the distinguished works of great Muhaditheen such as Imam Jalaludeen Suyuti, Muhadith Ibn Jauzi, Allama Ibn Hajr, Allama Halbi, Allama Dahlaan makki, Allama Nabhaani, Allama ibn Abdul Birr, Allama Haakim  and Allama Sharistani

Now,  after  examining  all  the  narrations  quoted  by  the  Sahaba-eKiraam, it is very clear and obvious that they accepted the Prophet to be Noor. In the light of Ahadith of Sayyiduna Rasoolullah it is clear that  the  claim  of  the  Deobandis  that  they  are  the  Ahle  Sunnah Wa Jamaat is only a hoax and a fraudulent act as they  do not accept the Prophet  (salla  Al’laahu  alaihi  wasallam)  as  Noor.  The  proper  Ahle Sunnah Wa Jamaat are those who accept the Prophet  as Noor and they are the ones who are known in the world as Sunni Bareilvis. Those  who  reject  the  Prophet   as  being  Noor,  say  that  the  Holy Prophet had wives, He had children, He used to eat and drink and it is for this reason that He is not Noor (In other words he possessed all human qualities). They do not accept our Prophet  as Noor since he had  wives  and  children,  he  ate  and  drank  etc;  but  the  Sahaba  of  the Holy Prophet also saw that He had wives, children etc; but still they accepted him to be Noor. The  Imam-ul-Mufasireen  of  the  Ummat-e-Muhammadi   Hazrat Abdullah ibn Abbas has stated concerning the Tafseer of the Ayat:

“Undoubtedly came to you from Al’laah a Light (Noor) and a Bright Book.” [Surah Maaídah Verse.15] He states:

“Verily came to you from Al’laah, a light” refers to the Holy Prophet Muhammad .” [Tafseer ibn Abbas Pg.72 – Published Egypt] Bibi  Halima  Sa’adiya  (radi  Al’laahu  anha)  was  the  one  who  was blessed with being the milk mother of the Holy Prophet . She was the person before whom the Holy Prophet  used to eat and drink. Even she  believed  that  the  Holy  Prophet   was  Noor  and  this  has  been explained by Allama Muhadith Ibn Jauzi and Qaazi Thanaul’lah Paani Pati (radi Al’laahu anhum) as follows: Translation:“I never felt the need for a lamp in my house, whenI fed the Holy Prophet (sall Al’laahu alaihi wasallam).”She further says, “One day Umme Khula Sa’adiya said, ‘O Halima! Do you leave the fire burning for the entire night in  your home’ and I replied by saying:No! I swear by Almighty Al’laah that I do not keep the fire burning at all, but this is actually the Noor (light) of Hazrat Muhammad  .’ [Bayaanul Milaadun Nabwi Pg.54 – Tafseer Mazhari] The second nurse (milk mother) of the Holy Prophet  also believed that Huzoor  is Noor. This is obvious from one of the stanzas of the poem  which  she  said  at  the  time  of  the  passing  of  the  Holy  Prophet Muhammad :“And you were definitely a Noor, A (radiant) sun, and you used to provide  brightness  in  darkness  and  emptiness.”  [Tabaqaat  ibn Sa’ad Pg.333 Vol.2]

After examining the beliefs of a few distinguished  Sahaba-e-Kiraam (radi  Al’laahu  anhum),  let  us  examine  the  beliefs  of  the  Aunts (Paternal) of the Prophet :

Hazrat  Allama  Abdur Rahman Jaami  narrates  that  Sayyida  Safiya the aunt of the Holy Prophet Muhammad  says  “On the eve of the birth of the Holy Prophet Muhammad I was present at his home. I saw  that  his  Noor  (radiance)  became  more  powerful  than  the brightness of the lamp.” [Shawaahidun Nubuiwat Persian Pg 22] After  the  Holy  Prophet   journeyed  into  the  hereafter,  Hazrat  Safia (radi Al’laahu anha) said the following stanza due  to the sorrow and thought  of  the  passing  of  The  Holy  Prophet  .  From  this,  one  may conclude that she also accepted him as Noor (Light).

“O eyes! Tear in sadness on the loss of the Noor of the cities, Hazrat Muhammad , (it is for him) for whom am I am weeping” That Mustafa , who is Noor and who was sent with Righteousness and Guidance” [Tabaqaat ibn Sa’ad Pg.326/327 Vol.2, Published Beirut]

On the passing of the Prophet  the third aunt of the Holy Prophet  Sayyida Urwa pointed out what she believed. This was recorded by ibn Sa’ad in his book Tabaqaatas follows:

It is clear that even after knowing and living amongst the blessed wives and beloved children of the Holy Prophet  and even after observing him  eat  and  drink,  the  blessed  aunts  of  the  Holy  Prophet   still believed that he is Noor (Light) and this was theirclear and open belief (aqida). Let us now examine the belief of the Blessed and Respected Wives of the Holy Prophet , who are known as the “Mothers of the Ummah” Um’mul  Mo’mineen  Hazrat  Sayyida  Aisha  Siddiqa  (radi Al’laahu anha) was the one whom the companions of the Prophet (sall Al’laahu alaihi  wasallam)  went  to  when  they  needed  guidance  regarding  any issue after the passing of the Prophet . She states:

“It  was  the  time  of  sahri  and  I  was  sewing  something  when  the needle fell down. Just then the Holy Prophet entered the room and due to the stream of light flowing from His blessedface, I found the needle.”[Khasaais-ul-Kubra  Pg.156  Vol.1  –  Hujatul’laahi  Alal  Aalameen Pg.688 – Al Qaulul Bad’i Pg.147]

“In total dark nights, I used to put the thread into the eye of a needle with the help of the Noor (light) of the Holy Prophet .” [Shara Shifa Hashia Naseemur Riyaz Pg.328 Vol.1]

Sayyida  Aisha  Siddiqa  (radi  Al’laahu  anha)  was  the  one  that  the Sahaba respected so dearly that after the Holy Prophet (sall Al’laahu alaihi  wasallam)  passed  from  this  world,  they  queried  from  her  the solutions to their problems. Even  though  she  was  the  respected  and  blessed  wife  of  the  Holy Prophet Muhammad she still accepted him to be Noor. Hazrat  Imam  Azam  Abu  Hanifa   states  the  following  in  the  most praised court of the Holy Prophet :

“You are such a Noor that the full Moon is brightened by your Noor and you are with your beauty and elegance a shiningsun.”[Qasidatun Nu’maan Pg.23]

Clear  evidence  from  the  sayings  of  the  Sahaba-e-Kiraam,  the  Ahle Bait-e-Athaar  (radi  Allaah u Anhuma), and from the books of the distinguished Muhaditheen have been  presented.  After  examining them, tt is as clear and obvious as the brightness  of day that although they possessed knowledge of the eating, drinking, wives and children of  the Holy Prophet  Hazrat  Muhammad   they  all  still  believed without any doubt that he is Noor.

There are many verses in Holy Quran which refers to Prophet alehisalam in which he is named by Noor e.g Siraj’m’uneera.  He was Noor and to us he was sent in the form of Human being. This does not gives him divinity but rather this distinguish him in the highest rank among the race of Adam. This is called Aqeeda e Noor which now a days some deviant sects like Wahhabism Deobandism reject and indirectly neglecting the basic beliefs of Ahlu Sunnah Wa Jam’at, which makes them out from the circle of Ummat-e-Muhammadi (alehisalatowasalam). May Allah bless us knowledge of Islam so we can save ourselves from these new new bidati groups. Ameen